This week I’ve been toiling away on a new novella. Toiling, yeah right! I’ve enjoyed every minute of it. HANNAH’S LUCK (tentatively titled) features a hero you’ll meet in WILD CARD. The decision he was forced to make in that book tugged at my heart. I knew he’d have to have his own happy ever after.

RESCUE ME jumped to #16 on the New York Times Best Sellers List! Thanks y’all!

One of the most rewarding elements of this "job" is getting a chance to meet my readers face to face. I hope to see you there!
Also! Don’t forget: Special Chat July 21st 2008 at 9:00pm EST Lora Leigh and Veronica Chadwick
Contest winners and their prizes have been announced and posted on my website. You can find them under CONTESTS on the left side bar. 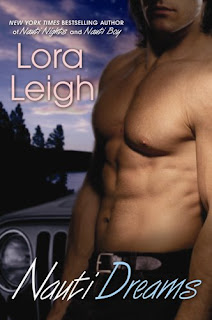 So why was Miss Dane currently taking up residence in his fair town again? It had to be under orders, because he’d warned her, she wasn’t safe here, least of all from him. If she wanted to keep to that cold, lonely bed of hers then she should have found another town to sleep in.

He laid his arms over the steering wheel and contemplated this new development as his cousin Rowdy pulled his pickup in beside the Jeep. On the other side, Dawg pulled in, his black dual cab taking up space and rumbling like the powerful machine it was.

He glanced to each side, taking in his cousins as they moved from the vehicles. The wind shifted through black hair that wasn’t near as long as Dawg used to wear it, but Rowdy’s was longer.
Married life was keeping them decent in too many damned ways. Dawg had a decent hair cut, and Rowdy let his grow out. Dawg was broader than the other cousin, a few years older. They were both just as damned powerful and irritating as they ever were.

And irritating they may be, married and shackled and tied so damned tight to their wives that if a man just breathed in those women’s directions then their hackles rose. But they still came when he called, and the thought of that tugged at something inside him. One of those bits of emotion that he fought to keep buried and hidden.

As they came up beside his jeep Natches opened the door and stepped out slowly, his gaze still centered on the building. He’d called the little girl on duty at the front desk before he arrived to make certain Miss Dane was given the proper room.


One that looked right out on the parking lot. He wanted her to see him, wanted her to know she was being watched. “What’s brewin’ Natches?” Dawg leaned against Rowdy’s gray pickup, his arms crossing over his broad chest.

Natches lifted a brow as he took in the pressed jeans and white shirt his cousin was wearing. It was a far damned cry from the holey, scruffy appearance his cousin had before he picked back up with Crista Ann Jansen the year before.

“Snazzy looking duds there, cuz.” Natches grinned. “Crista iron those for you herself with her own little hands?”

Dawg scowled back at him, but his light green eyes, nearly a celadon in color flared with impatient arousal at the mention of his wife.

“Dry cleaners,” Dawg finally growled. “And I don’t think you called us here to discuss my laundry.”

“Watch him Natches,” Rowdy grinned, his darken green eyes, sea-green and filled with mirth, crinkling at the corners with mirth. “Dawg’s been a hair upset over the laundry. Crista put her foot down over the wrinkled hole-ridden t-shirts he liked wearing to the store. She won’t let him play the disinterested owner anymore.”

Dawg grunted, as Natches smirked absently and glanced back toward the hotel. “That call you made earlier sounded kind of important, dumb-ass,” Dawg sighed as he addressed Natches again. “What the hell is going on?”

Natches turned back to him, glaring at his cousin for the nickname that was getting more frequent. “You keep calling me dumb-ass and I’m going to split your head open for you.”

Dawg grunted and it was his turn to smirk. “I think it suits you. You go moving out of your houseboat for solitude over that damned garage and start working like a man who’s grown some principles and I start worrying about you.”

Natches nostrils flared as anger began to churn inside him. Damn Dawg. He didn’t need his damned advice or his snide assed comments which pretty much described the reason why his cousin was calling him names. Because he refused to listen to either.

“Cranston’s running another Op in town,” he told the other two men before he could let that anger take hold. The rest of the accusation he ignored completely.

He didn’t need to get pissed right now. He’d spent a lot of years trapping that emotion so deep inside him that it didn’t burn in his gut anymore. Keeping it there was important. Keeping it there kept certain breathing and Natches conscious clear.

“What the hell does that fat little fucker want?” Dawg straightened and glanced toward the hotel with obvious animosity. “Is he in there?”

“No. Not yet. Miss Chaya Greta Dane is there right now, and if my guess is right, she’s watching us right now from room three-oh-four. Do you think maybe she’s figured out we’re onto her?”

“How did you find out?” Rowdy was watching Natches.

Natches hated it when Rowdy watched him like that. Like he knew something, or saw something Natches didn’t want seen.

“Anonymous tip.” Natches grimaced. “And that aint no joke. A call to my cell phone an hour ago, untraceable so far, letting me know she had hit the county line and she was here for DHS. If Cranston’s lost more missiles boys, I might have to kill him.”

He was joking. Kind of.

“We haven’t heard anything.” Dawg rubbed at his clean shaven jaw as he glanced toward the window of Chaya’s room.

She liked to go by the name Greta, but hell if that name suited her. With her multi hued blonde hair and exquisite features, she was as exotic as a tropical flower. Chaya suited her. The name rolled off the tongue, and in the darkest nights, as he jacked off to the image of her in his head, the name sounded like a prayer as he spilled his release to his hand.

“I’ve not heard anything from my contacts either,” Rowdy murmured. “Not even a whisper that a DHS agent was coming to town.”

Which meant whatever Cranston was up to, he was keeping very close to his chest. And that was a very bad thing. When that rabid little bastard kept his mouth shut, then things were about to get ugly.

The thought of that had him glancing toward the hotel again. Chaya was a hell of an agent, but her heart wasn’t in it. Natches had seen that the year before. She hadn’t wanted to be in Somerset, and she hadn’t wanted to play Cranston’s games.

“She was supposed to have resigned,” he murmured, his eyes narrowing against the bright autumn sunlight overhead. “Turned the papers in just after the Op here was what I heard.”
He was unaware of the curious looks his cousins gave him. Rowdy glanced at Dawg questioningly, but all his cousin had in reply was a brief shrug.

Natches never cared enough about anyone except his cousins, their wives, his sister and Rowdy’s father Ray, to check up on them over anything. He often claimed when it came to people he wouldn’t stop the train from wrecking, because it was too damned amusing to sit back and watch the cars piling up.

He hadn’t been nearly so amused by the role Cranston had forced Miss Dane into though. He had placed her in danger, and that had pissed Natches off. Just as Cranston had placed all their asses in the fire.

“What do you need from us?” Rowdy turned back to his younger cousin, his chest tightening as it always did whenever he stared at the other man too long.

Natches was almost cold now. It had been coming for a while, but sometimes he feared that cold had taken full hold on him, and chilled him clear to his soul.

Natches seemed to shrug at the question, as though he either didn’t care, or wasn’t certain what he needed.

“Doesn’t little Lucy Moore work here?” Dawg asked then. “She works registration doesn’t she?”
Natches nodded at the question. Lucy was a third cousin on his mother’s side, a sweet little girl, but sometimes she was a little too smart for her own good. She had put Crista in the room he wanted her in, but she had been curious as to why he wanted her there.

Natches glared at him. “She’s not stupid Dawg. Those notes, if she has them, will be locked tight in that laptop and none of us are hackers.”

“Slip in and seduce the information out of her.” Dawg grinned at that one. “You’re good at that shit. Get her to talk then send her ass home.”

It was an idea, except he knew something they didn’t know. Chaya didn’t have a home.
“What the hell is up with this Natches?” Rowdy questioned him then. “You knew her before she came here, don’t deny it. Now, she’s back with no clear reason why. Maybe she’s back to see you.”

Natches shook his head slowly. No, she wasn’t back to see him. He came with memories, and Natches knew exactly how that worked. Those memories were too painful, and they were rife with too much emotion for Natches or Chaya either one to touch them with a ten foot pole.

“She’s not here for me,” he finally said, wondering at that regret that pricked at him.

Yay! I can't wait to read this... in fact I'm gonna go read the first two just to freshen up on these sexy cousins :)