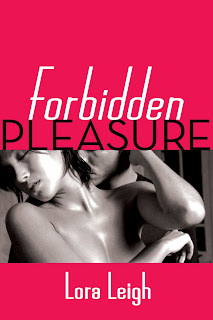 Jethro nodded, but his gaze was knowing, haunted. He knew what Mac meant.
As his friend walked away Mac sat back in his chair, gazed around again, and tried to let the atmosphere seep inside him.
A frown tugged at his brow, though. He’d have to remember to remind Dell to requestion the latest victim and her husband. There was something that kept nagging at him about her statement. Something she had left out. Something he knew he should have asked her, but he couldn’t think of what.
He would call Dell from the house tonight, and then put it behind him.
Within the next four weeks he would be out of Virginia and backing Scotland Neck. North Carolina was far enough away from his old friends and his hungers to allow him to contain them for a while.
Keiley was worth the sacrifice. There had never been another woman who could make him feel as she did. But from the moment he met her, he had realized there was something about her that warmed the cold reaches of his soul and eased the dark loneliness that had always been so much a part of him.
A man didn’t walk away from that. No matter the obstacles. Once he saw his future in a feminine gaze, he found a way to make all parts of that relationship work. And that what he was doing. Finding a way to make it work for all of them.
Especially Keiley. Her natural desires and adventurous personality had been restrained. The gossip concerning he father’s embezzling from the company he worked had destroyed her. At seventeen she had lost her home,, her father had been imprisoned and her mother had omitted suicide.
There had been no one left for their community to punish except Keiley. They had watched her, gossiped about her, predicted her downfall and her lack of morals. If he dared let her know how desperately he needed to see her beneath Jethro now, it would terrify her. The rejection of it would be instant, and it would never falter.
He would have to steer her gently toward it. And once she grew to accept a need for those darker hungers that he saw in her eyes, then he would have steer the relationship gently as well.
Jethro craved Keiley. He had seen her first and pushed her at Mac, despite his hunger for her. Mac knew the way to a woman’s heart, but he also knew his friend. Keiley had
already stolen Jethro’s heart.
Not that Jethro would ever admit it or do anything about it. Mac knew that. A committed relationship was something that Jethro shied from as fiercely as Keiley from gossip.
His lips quirked at the thought. The woman he loved and the friend that was more than a brother to him. The three of them together would make a hell of a relationship. Once Mac managed to get the three of them together.
Getting there would be the hard part. Waiting would strain his patience to its limits he feared. And if it never happened?
He would live with it. Ultimately it came down to Keiley. If she could accept it. If she could love Jethro with the same intensity that she loved Mac, then it would work.
If it didn’t? If he lost them both, it would destroy him. Obstacles stood in his path. It wouldn’t be easy. But if his hunch was right, then the future that could stretch out before all three of them was one worth fighting for. It was worth risking for.
Sharing his wife was considered a forbidden pleasure. It wasn’t called that without reason. It was breaking rules, stepping past boundaries, and facing his own fears. His fear of losing. His fear of becoming to controlling.
In the end, either they would all win, or they would all lose. Mac was betting, he was praying, on the win.
Posted by Lora Leigh at 6:53 PM

Wow, I loved the excerpt and can't wait to get my hands on Forbidden Pleasures. I will also go and read your recommendation. Ziggy sounds like an interesting guy!

Oh yes, I want this one! I'll need to check on the release date - I want it now!

Read it and loved it. Will there and be more about "Sinclair's Gentleman's Club" and the men who are member's ?

New reader and was this ever the way to start off!!!

June at Bookrack in Kingsport, Tn got me started and I am loving every minute of it.